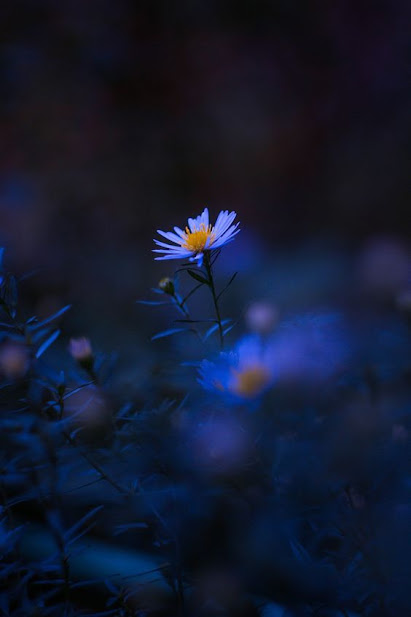 You tend to limit yourself by not being very adventurous when it comes to trying new things. You are confined and defined by other people’s opinions. You allow yourself to be restrained and contained by circumstances and people in your life, and you allow this mostly through apathy and laziness– you tend to follow the path of least resistance. This can mean that you withhold honest opinions, or any opinion at all, and you will never side with the underdog because that would mean more work and effort. This often sets you apart from those you would otherwise share a connection with.

You are a soul trapped by mitigating circumstances, and to relieve yourself of the inner nature that allows this, that is– in order to change, you will have to find your voice and strength of will.

You lived in isolation, which is a circumstance that led to an inability to verbally express yourself with success or ease. You lived in a manner that didn’t require a lot of interaction. I’m seeing a staff and feel that your life revolved around agriculture, livestock, the outdoors. You were connected to the earth and it’s cycles so closely that this aspect of your past life has carried over for many lifetimes, and to this day, this is your connection. Sometimes the environment in this past life was harsh; you faced the elements at their most basic. Winter seems to have left an indelible impression in this aspect, as it was the most rugged to survive.

You were wild in the youth of your past life. You were earthy and felt no qualms about satisfying your whims and urges. For many reasons, some of them being your unorthodox behavior and your inability to make solid emotional connections to people, you were isolated– or you felt isolated– from those close to you, those within familial or community settings. However, there’s one thing that you had no doubts about, and that was your connection to the earth and the lifestyle that accompanied the farmer or the peasant in a rural setting. Through the haze that has been your experience with human relationships, this is the one contact that has always been strong and clear. You knew early what it was you wanted to do and where you belonged.

Your education was sketchy, often based on superstition, as well as ancient wisdom and practices. This past life reaches far back into ancient times, before the dawning of the Renaissance, before the first ages of ‘enlightenment’, even before Christianity had reached the vast majority of what we now call Europe– but just on the cusp of this change. You lived by the laws and knowledge of nature, rather than the precepts and wisdom of the early scholars.

Many of your attempts to accomplish goals in this past life were thwarted by a lack of power, incentive, energy, direction, or the acceptance of those around you. What you did accomplish in this past life was connected to the elements– and the Elements. One problem was that you often found that your ideas, which may have been ahead of the times, were not readily received or accepted by friends, family, or community. Because of your nature, it was just easier to follow the general path and forget about those goals and dreams that only you could see as worthy and attainable. This may be an issue that plagues you all the way to your present life.

Your occupation centered around a rural and agricultural setting. You may not have been as successful in your occupation as you could have been because you often lacked ambition, but also because you suffered from some sort of physical infirmity which often prevented you from successfully completing physical tasks. You tired easily, were sick often, and lacked a strong constitution. You were also an individual within the community whose job it was to help dispose of the dead. Your life was touched by those spirits in numerous positive, as well as negative, ways.

Although you were not at the top of the social ladder, you were well within the upper echelon. In spite of any hindrances you might have faced with your occupation– both those brought on by your own nature and those beyond your control, you were well respected within your community and you made a fairly good living for the time that this was. You lived slightly above the average standards and provided well for your family. It appears that within your community, you were often called upon to help make important decisions, implying that you were counted among the leaders of this particular area or village.

Your stubborn personality and terrifically conformist views made relationships in this lifetime difficult, and it’s possible that this type of behavior has carried over into many lifetimes. You had difficulty seeing a world outside of black and white, or defining personal boundaries of freedom for your partners. Within this past life you had more than one mate, possibly several– some lost to illness, some to wars and famine and other catastrophes of this age. You were plagued in this lifetime with a series of broken relationships, and this pattern may still continue with each incarnation. You’ve spent an eternity seeking your soul mate, and it is a search that has so far been unsuccessful, but a search that you refuse to abandon.

The most frustrating thing about family relationships in this past lifetime is that someone was always leaving, whether it was because of death or personal decisions. This leads you to a feeling of abandonment, or a fear of abandonment, that may persist to this day. It’s also indicated that you have a tendency to abandon a relationship when it becomes difficult, when it requires more verbal interaction and emotional depth than you are prepared or able to give. It also seems that you were forever ‘seeking’– seeking approval, seeking love and connection and attention, seeking some aspect of a relationship that you were never quite able to find. This search is most likely still underway.

Your death in this lifetime was brutal and violent, possibly death by the sword, as would be befitting this ancient era. The perpetrator was a thief or someone who owed you a great deal of money, land, or goods– possibly a business partner. The sad thing is that it seems he was most likely successful at the end and either kept those things which were your due, or robbed you further from your estate posthumously, carrying away many of your belongings, livestock, etc. The odd thing is that this individual may very well touch your life in the same negative way in the present lifetime, not quite as dramatically as in this past life, but more as someone that you may have connected with through business deals of a very negative nature, business deals that led to bad financial decisions and outcomes.

Lessons Learned During Your Past Life:

One of the most important things you learned from this past life is to have a strong work ethic; to concentrate on developing your occupation, to apply yourself where needed to learn your craft, and to grow in your ability for whatever career you have chosen in this lifetime.

You’ve learned, through unfortunate events in your past life, to not be quite so trusting of everyone who comes along. You’ve learned to protect yourself and stand up for your opinions, beliefs, and decisions. This is all very well and good, as long as you don’t become overly suspicious and paranoid about people and their motives.

How This Past Life Affects Your Current Life:

There is an individual who you keep meeting from one lifetime to the next, and you’ve not yet learned how to protect yourself from this individual’s negative control and influence. You will keep meeting this character until you gain enough self-respect and self-confidence to stand up to this person; you will keep confronting this individual from one lifetime to the next until you loose your fear of them.

2 thoughts on “Past Life Reading for M.”