Sometimes I know when someone is going to die. It happened for the very first time when I was twelve years old, and it’s only happened a handful of times in my 61 years.  It’s only revealed a family member once.  It is an active physical phenomena, and it is a mental clairecognizant event.

The physical phenomena is accompanied by a physical “freezing” in place.  For several seconds I literally cannot move.  It is accompanied by a whisper that I believe is inside my head, though it could be an external whisper and I’m just not interpreting it as such.  The voice says, “Look, look at this person, look again.”  And I have to look, I have to stare, usually for several seconds at the individual, and I’m unable to turn away.  During the handful of these experiences, the voice has always said the exact same thing.

The clairecognizant event is accompanied by a solid definite “knowing” that this person is going to die very soon.

I have never actively tried to make myself knowledgeable about such events, not even with tarot reading.  I have never sought to learn how to know this thing.  I have never wanted to have this knowledge; it is inflicted on me without my knowing in advance that it’s coming, and without my desire to know.  It is something beyond my control.  I have never tried to approach someone with this pre-cognizant knowledge, or to inform anyone in any way of my experience, or the premonition concerning them and their life and imminent death.  I have spent decades of my life trying to deliberately block this information from coming through, but have been unsuccessful.  I sometimes think that my attempts to block it out may be the reason that I’ve experienced it so infrequently, with only a handful of events.

Below are descriptions of three of these “events”. 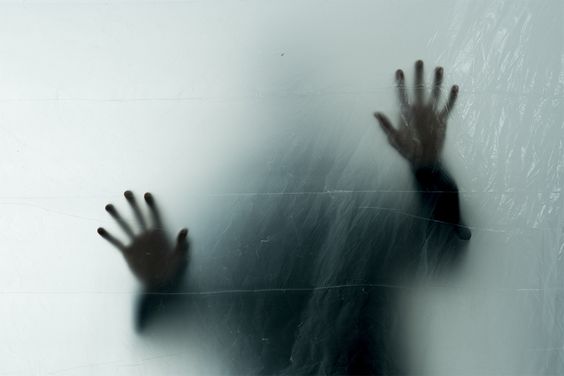 The first event occurred when I was 12-years-old, and it is the only event that involved a family member, my uncle.  It is also the only event that didn’t follow the “pattern” of all the subsequent premonitions.  I’ve actually written about this very first life-changing event because, as a child, I didn’t understand what happened, and I believed for a very long time that I caused my uncle’s death by seeing the vision.

It had been a horrendous winter. My Aunt & Uncle had been snowed in for months. We were only able to have Easter dinner with them by driving a long route and coming in from the east as opposed to the more direct west route. Even then, we had to park our car on top of a hill and walk part of the way to their farmhouse, down a hill, across a small valley, and up over the next hill.

It was after dinner. The women were still in the kitchen chatting. My uncle and grandfather were sitting in the living room listening to music, along with my sister and me. We were both perched on the edge of a long piano stool.

I looked across the room at my Uncle, who was stretched out on the sofa, one arm behind his head. As I watched, I was startled and fascinated to see the back of the sofa suddenly swing forward and close over him. I realized that I was seeing my uncle in a coffin with the lid being closed. I shook my head and blinked my eyes to rid myself of this vision.  I looked at my grandfather and my sister to see what their reaction was, and I realized that I was the only one to see this thing.

Later in the afternoon, my uncle left the house to go outside and check the water levels in the driveway, where the melting snow was beginning to cause flooding. My sister and I were standing in the dining room window, watching him walk up to the house.

A second later we heard a muffled noise, and my Aunt came hysterically screaming from the kitchen doorway, “Mom! Mom!”…calling my grandmother.

My Uncle had stepped into the entryway off the kitchen and collapsed.

They called for an ambulance—which came in the wrong way, the way that was still blocked with deep snow banks, and they had to turn around to come in the same way we did. They also had to walk a gurney the same path we took, across the valley. It took so long for help to get there.

My uncle died that day.

It wasn’t until years later, in my late teens, while having a conversation with my grandmother, that I revealed to someone for the first time what I saw and how I believed that this vision caused the event.  My grandmother emphatically told me that what I saw was a premonition, and that this vision was a foretelling and had nothing to do with causing my uncle’s death.  It was at this point that I finally understood.

The young man at the Halloween party…

It was a beautiful October evening, and my then-husband and I were guests at a friend’s outdoor Halloween Party.  There was a young couple there, dressed as a bride and bride-groom, but the characters were turned around.  The young woman was dressed as the groom, and the young man was wearing a wedding dress.  During the first part of the party, I felt compelled to take a picture of this couple sitting together in a swing.

A buffet was set up in the garage, and I went by myself to fix a plate of food.  The only other person in the garage was this young man.  He had his back to me, across the room, intent on the table before him.  I was just going to pick up an empty plate, when I froze, and I heard the voice… “Look, look at this person, look again.”  I had to look.  I looked at the dark curls of the woman’s wig he was wearing flowing to his shoulder blades.  I looked at the open back of the dress, a diamond shaped cut-out revealing the  center of his back.  I couldn’t move, and I couldn’t take my eyes off this spot for several seconds.

Later that evening, this couple had an argument and she left the party.  He was extremely angry and upset,  and he was ready to go find her.  For several minutes, family members were either trying to physically prevent him from leaving, or they were trying to talk him out of it.  Eventually, he got away from them and left in his vehicle.  One of the ladies at the party, his Aunt I believe, grabbed my wrists and looked desperately and deeply in my eyes.  “He’s going to get hurt tonight!”

I wanted to tell her, “No, he’s going to die tonight.”, but I was physically unable to do this.  I felt that strange kind of “frozen” at this moment, and was unable to speak those words to her.

The next morning we learned that in the pursuit of finding his girlfriend, this young man’s car had been hit by a train.  He did, indeed, die that night.

The man in the little green truck...

For a while, my schedule coincided with his, and magickally at 3:45 pm we would meet at the top of the overpass on northern Broad Street.  I always noticed the truck, one of those very small pickups, a pretty turquoise green-blue, and the driver was a young man.  It became a routine expected sight, and one I didn’t think much of, except to know that when I saw this truck I was precisely on time, as was he.

The man in the small green pickup on the overpass still haunts me. I drive this route everyday, this location where one day when we meet, everything seems to start moving in slow motion, and the voice says,  “Look, look at this person, look again.” , and I do, with that strange fixated frozen intensity.  I can’t stop looking. I really look at the driver for the first time, seeing details, as we’re both moving in opposite directions, but in that strange slow motion.

I see a young man in his late 20s or early 30s. I see the red baseball cap and the soft brown hair around the edges of it. I see the thick-lensed black-framed glasses and the white t-shirt. I see his hands on the steering wheel and a look of concentration on his face. I stare at him until we’ve passed, and then I watch his vehicle in my rear-view mirror until he disappears over the hill.

One day, on my day off, we were outside in our front yard when the neighbor came home. He got out of his pickup and approached us, looking absolutely stunned. He said he’d just come home on the overpass, and that there had been a terrible accident. He said that a white van had plowed into several vehicles at a great speed. He said there were bodies and mangled vehicles everywhere, and it was the worst thing he’d ever seen.

The over-pass is only a few blocks from our home.

We got in our vehicle and went to the edge of the highway east of our house, where we could see the overpass clearly, we were so close. And to my shock, there was the young man’s small pickup, the driver’s door flung open, sitting cross-ways in the highway. When he was hit, he had been thrown from his pickup, at the top of the overpass, and had landed on the railroad tracks below. He was one of many casualties from this accident.

I think about this young man every time I drive over this hill.

So, being able to recognize impending death, is it a gift or a curse?  What good is seeing the future if you cannot altar it?  Why is this knowledge revealed at all?  Could the young man have been saved from his fate on Halloween night if he would’ve left that party a few minutes before or a few minutes after he did?  Would the man in the pickup have listened to me if I would’ve been able to give him a warning?